NHS Put Up for Sale 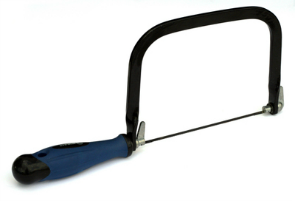 The government has announced plans to sell-off the National Health Service to whoever wants it.

In the latest health reforms, the last remaining NHS hospitals not yet demolished and rebuilt privately will be sold to residential property developers.

But a handful will be redeveloped for more important public uses. One is already set to become a new ‘mega-cemetery’, since the death rate in the UK is predicted to rise ten-fold in the next six months.

Since New Labour took office in 1997, 55 hospitals worth £8billion have been built as Private Finance Initiative (PFI) schemes. They will eventually cost the taxpayer £50billion.

Now the Department of Health say the remaining public hospitals must be sold, and the NHS disbanded, in order to pay the debt interest.

Prime Minister Tony Blair announced: “I must first clarify, to the nation, that this, is not, a drastic, cut, in public health funds. This is, a, realignment, of, resources.

It could be nothing, but it'll probably be cataclysmic!

Have you ever seen someone who looks dodgy? Did they have a weird haircut, an odd-shaped nose or dark skin? Did they smell a bit funny or were they making odd noises? Were they also carrying a rucksack?

Did you walk past this person and do nothing more than pinch your nose and cover your eyes? Did you just keep your fingers crossed and hope they wouldn't lynch you? Did you breathe a sigh of relief once the coast was clear?

It may even have been the case that this person, whom you walked past and did nothing to impede, went on to blow up an orphanage or an old people's home. You had the chance to stop that person in their tracks, but you didn't.

You could have been a life-saver, a hero, the foil to an act of genocide that would have seen you lauded across the media and receive an award from Carol Vorderman on the Pride of Britain Awards.

Instead, you sought only to protect yourself. You're a selfish, treasonous narcissist. But we'll let you off - on one condition. Next time you see someone with scuffed shoes or a nose stud, report it to the police via our special Anti Terrorism Hotline on 0999 999 9999.

Your call will be handled in strict confidence. Tell us what the suspect looked like, where they were going and how foreign they were and we'll discreetly eliminate them from existence.

Your call could save literally trillions of human lives, and afterwards you'll be able to tell your friends that you helped stop the next 9/11. Thank you for your assistance, and godspeed.