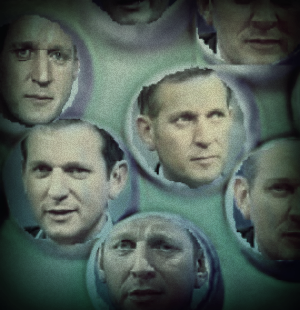 A wave of deadly new hysteria is sweeping the UK, health experts warn.

The mind-numbing delirium has caused at least one person to shoot themself in the face this week, and many more are threatening to do the same, we reckon.

It’s now surely only a matter of time before the millions of people in Britain who have been exposed to the verbal bile jump off the nearest bridge, cliff or bus stop.

“People do not know what they are going to get these days,” warned a professor from a university you’ve never heard of.

“There’s now a big risk that as soon as you switch on the telly or the radio or whatever it is the ‘cool people’ do nowadays, they’re going to get their ears blasted off by a delirious hysteric.

“My concern is for people’s safety. The responsible thing to do would be to ban talking, you know, just in case anyone hears something that might not agree with the way their mind works.

“Otherwise we could be looking at a hysterical suicide epidemic. And that would just be the worst thing that’s ever happened in Britain, if you ask me.

“Which you have. You’ve asked me.”

The professor’s concerns come only days after the Home Office announced plans to review its response to the growing availability of legal hysterics.

Among its proposals are new rules that would force anyone with a mouth to obtain a licence validating its safety. Thirteen out of every 12 young people in the UK admits to having consumed hysteria, at least once.

Despite mimicking banned hysterics, such as Robert Kilroy-Silk, legal hysterics, such as Jeremy Kyle, are openly aired on legitimate TV channels and on the internet. Many are laced with known hysteria-causing scripts, as well as potentially lethal phone-ins.

According to experts, 60 new forms of legal hysteria flood the airwaves every year and the number of deaths being linked to them has soared by 900 percent in the last three years, from one to ten.

However, an alternative professor, from somewhere else, has said that banning legal hysterics was not the solution.

“Banning legal hysterics will only make people more hysterical,” she claimed while under the influence of something that may also be legal.

“I mean, erm, hellll-oooo-oooo? Is anybody home? Think, people, think.

“The government is trying to ban something that’s been linked to a handful of deaths, while encouraging us to consume something that’s known to kill 5,000 a year – and that’s not even counting Scotland.

“If you ask me, or even if you don’t, I gotta tell you – that’s fucking hysterical.” 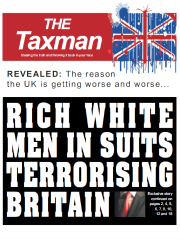 Buy this product or die!

For years you have been living in peace, safe in the knowledge that your life expectancy is about 75 years.

Well not anymore. Because we've just discovered a new problem, a new health hazard, a new threat to your blissful life and the joyous lives of your family and friends.

This is a problem so severe, so horrifying, it is likely to result in your grim, premature and violent death.

A flesh-eating virus will start consuming your organs, slowly, one-by-one. Blood will be seeping out from every crevice of your house. Hooded youths will feel compelled to shit on your lawn.

And your children? They'll be overcome by the desire to stab themselves to death.

But really, there is nothing to worry about. Because we are coincidentally launching a brand new product, which can solve this life-threatening problem we've just discovered, and instantly restore your virtual immortality.

So long as you buy our product every week for the rest of your long, worry-free life, nothing apocalyptically bad will happen to you or your family.

Clearly, only a selfish, negligent devil-worshiper would refuse to buy our latest product. But you're not one of those people.

You love your children, don't you?